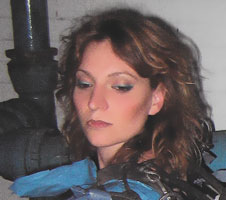 Madeline Stillwell becomes an extension of her surroundings, embracing the wreckage she inhabits with tender acceptance, submitting her body to its promise of pain without a sound, neither flinching nor acknowledging any injury, despite her flesh’s confessions the contrary. Raw and exposed, Stillwell’s skin responds silently as she performs her pieces: throwing herself down cement stairs covered in rubble and muddy clay, weaving her body through conduits of broken, jagged furniture, or burrowing herself beneath the lonely debris left in a defunct, long-forgotten factory loft.

Whether performing for a camera or an audience, Stilwell maintains a poised serenity that belies the wounds inflicted on her figure by the setting of each act. Her beauty is amplified by her strength, her naked limbs flexing, exposing confident muscles defined by years of training, pushed to their physical capacity through each decisive movement as she navigates her stage. Her performances re-call the legacy and concerns of Marina Abromovic, specifically the pathos of self-inflicted pain in the public arena, the symbolism of ritualistic gesture, and the connotations of danger within conscious performance.

Stillwell chooses her materials with an inherent disregard for conventional comforts. Industrial duct-tape, shards of splintered wood, wire fences and rusted metal converge in her works act as an ironic playground, signifying quite literally the detritus of modern society and, metaphorically, the neglected recesses of the psyche. lt is not only this
intimate relationship between the body and pain that Stilweil conjures in her performative work (and which is too often dismissed as a feminist translation of giving birth), but rather her willingness to envelop herself in literal waste, the refuse she collects on-site and reconstructs to form her stage, that invokes in the viewer a kind of bewildered fascination, a romanticized repulsion that lingers long after the performance’s conclusion.

ln this sense, Stillwell’s work is also reminiscent of Yoko Ono’s infamous „Fiy“ video from 1970, in which the camera follows a fly as it traverses the artist’s naked body, pausing on her bare breast, moving slowly across the Iandscape of her figure. The implications of the fly and its typical habitat- garbage, rotting fruit or even carcasses – is evident and in stark visceral contrast to the seemingly vulnerable femininity and tender eroticism of the artist’s exposed flesh. As with Ono, Stillwell shares her scenes with objects whose associations contradict her very presence, Iet alone her co-existence. She creates harmony within manages to extract herself from its hazardous pull with the graceful gestures of a ballerina and the physical agility of an acrobat. Her work thus escapes the trappings of feminism without sacrificing the eloquence of her gender and ultimately serves as a dramatic reminder of the beauty inherent in even the most neglected or potentially harmful of spaces, whether literal or merely fabrications of our all·too-often injured psyches. 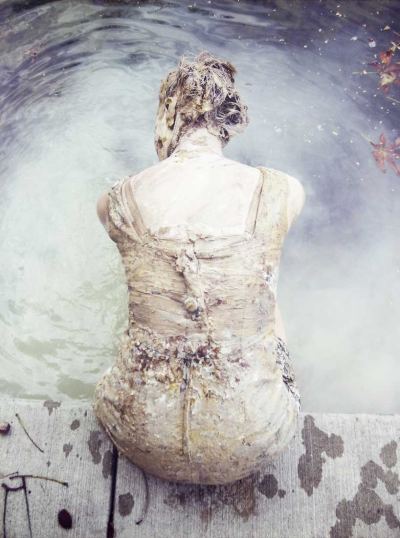